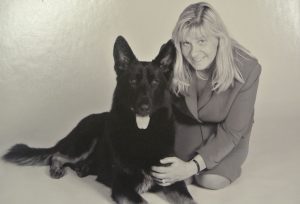 Cindy has worked in the animal control and rescue field for nearly 37 years, 30 of which as President Sioux City Animal Adoption & Rescue Center. Cindy feels extremely fortunate to be doing a job that she absolutely loves for nearly all her working career – and hopes that she can carry on for as long as possible. During her time with Sioux City Animal Adoption & Rescue Center, Cindy implemented an adoption program and formed a non-profit (FOTAS or Friends of The Animal Shelter) between both agencies, they rehome nearly 2000 animals a year.

Cindy always goes above and beyond to find pets a home – this includes two occasions where she personally went above and beyond to ensure the safety of two animals by accompanying them on a flight home. Cindy employs 6 Full Time Animal Control Officers to patrol the streets 24/7/365 and models her leadership by always being available when she is needed. Cindy has a robust knowledge of the laws, ordinances, and government procedures to the extent that she has demonstrated her willingness to go above and beyond by supporting other jurisdictions when they need guidance on how

to handle cases that they have. The shelter slogan has been “Sioux City Animal Adoption & Rescue Center – Where Responsible Pet Ownership Begins” and this is still as true today as it was 37 years ago in large part thanks to Cindy Rarrat. Congratulations Cindy Rarrat, NACA is proud to recognize you and your amazing dedication and hard work to the animals and people in your community.